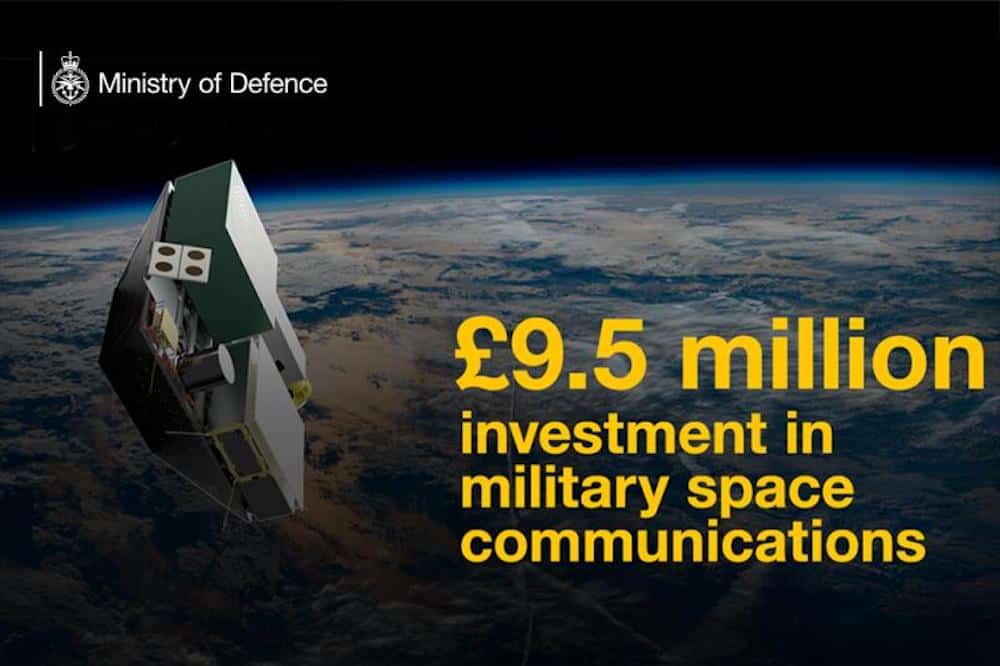 In-Space Missions has been awarded a £9.5 million contract from the U.K.’s Defence Science and Technology Laboratory (Dstl) to build a new military satellite which will undertake vital research on the next-generation of communications technology.

Approximately the size of a washing machine, the Titania satellite will support the Titania Operational Concept Demonstrator which is exploring the military utility of Low Earth Orbit (LEO) direct-to-earth Free-Space Optical Communications (FSOC).

The initiative will evaluate FSOC’s potential to transfer large volumes of data, with a low risk of detection or interception, to meet the increasing need for high bandwidth in the modern battlespace.

The technology works by transmitting data at high speeds via a narrow laser beam between two very specific points. In this case, the Titania satellite will communicate with Dstl’s new Optical Ground Station, Puck.

“The Titania satellite will support the U.K. space sector and provide a solid foundation on which to conduct experimentation into FSOC and allow the science to be developed. We are delighted to be working with In-Space Missions on this highly innovative project.”

To be launched in 2023, Titania will focus on demonstrating the rapid transfer of Intelligence, Surveillance and Reconnaissance (ISR) data.

The satellite will be built in the U.K. by In-Space Missions, with the contract directly supporting 20 jobs at the company and in the U.K. supply chain.

The contract to build the satellite has been awarded through the Serapis Lot 2 commercial framework, run by Dstl in collaboration with BAE Systems. The framework aims to reach non-traditional defense suppliers, small and medium-sized enterprises, and academia to develop new capabilities with the space domain.