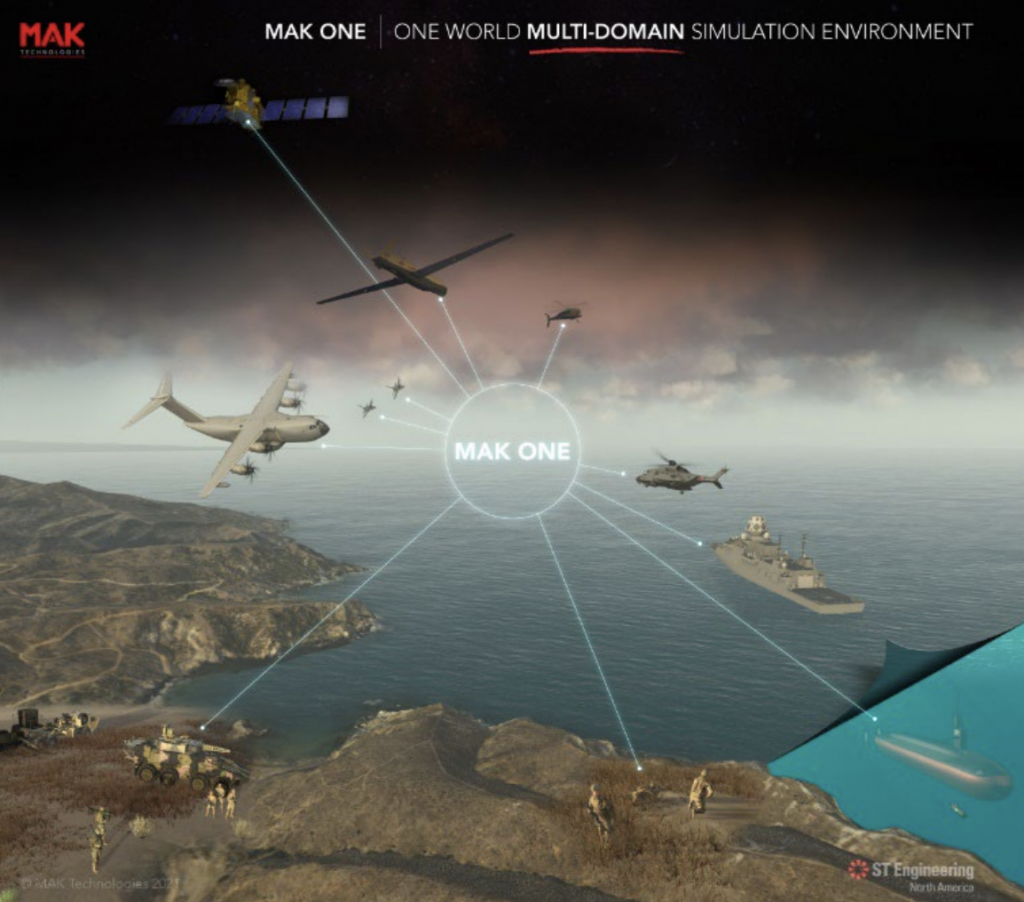 LS Core 2.0 will deploy a scalable and persistent Land Simulation System that can be accessed on demand and at the point of need to meet the Australian Army’s future training requirements. By delivering a suite of CSS, users can achieve improved data warehouse functions; interoperability with Land Command and C3ISREW (Command, Control, Intelligence, Surveillance, Reconnaissance, Communications & Electronic Warfare) systems; and an expanded Land Simulation Network (LSN) for domestic and coalition training.

The CSS comprises three packages: Common Virtual Simulation, Common Constructive Tool Set, and Common Image Generator. The MAK ONE suite of products meets the requirements of these three packages; utilizing VR-Forces for the computer generated forces application and constructive simulation; VR-Engage for the virtual simulation; and VR-Vantage for the Image Generator. MAK ONE will also support all simulation fidelity levels including high and medium fidelity simulators, desktop trainers, and part task trainers.

With a common set of simulation modules used across all future Australian Army training systems, interoperability can be facilitated from training commanders and their staff at the brigade down to company level, training crew members of armored vehicles, to training individual war fighters to perform their specific roles. The MAK ONE modules include open, standards-based terrain, simulation, behavior and rendering engines.

This software, managed and deployed by AVS, will be a core component of the Persistent Land Simulation System (PLSS), and all simulators and trainers that will be part of PLSS. It will be fully compliant with the Australian Generic Simulation Architecture (GSimA).

“We’ve made a commitment to the Australian Defence Force to help grow the modeling and simulation industry in Australia,” said Bill Cole, CEO & President of MAK Technologies. “We are honored to partner with AVS to meet the Australian Army’s constructive and virtual training needs and enhance its current Land Simulation capabilities with our modular suite of simulation and training software.”

“AVS selected MAK ONE as the cornerstone of our solution for Land Simulation Core 2.0. The MAK ONE software suite provides the most comprehensive suite of simulation software and interoperability tools, which will enable the Australian Army to achieve networked and distributed training effects to an extent not previously possible,” said Martin Carr, Director and founder of AVS. “The AVS’ Newcastle-based engineering team will be working with MAK Technologies to develop the software suite to meet the needs of the Army, including the development of high-fidelity, geo-specific terrain databases of Army training areas, 3D content, and doctrinal behaviors.”