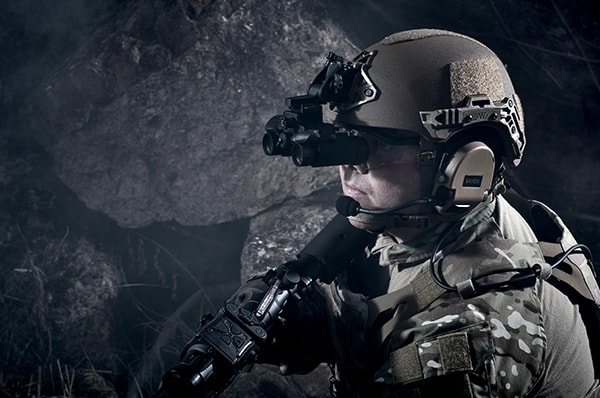 Elbit Systems UK subsidiary Instro Precision Technologies (Instro) will supply its Night Vision Goggles (NVGs) and through-life support to the British Army as part of a follow-on contract to be executed over an 18-month period.

Under the contract, valued at approximately $19 million (approximately £17 million), Instro will supply its lightweight micro binocular XACT nv33 NVGs in a helmet-mounted configuration.

This follows the successful delivery of XACT nv33 NVGs that have been deployed across various military elements including the new Ranger Regiment and the RAF Regiment. The deployment of the XACT nv33 systems received a positive reception from end-users, and Instro was contracted to provide additional XACT nv33 systems to the UK Ministry of Defence (MoD) as well as through-life support. This latest order brings the total accumulated value of XACT NVG contracts to approximately £30 million over the last two years.

XACT nv33 NVGs are designed to enable troops to operate effectively in low-light conditions at a tactical level, maximizing their mission efficiency in both dismounted and mounted roles.

“This order follows the successful delivery of our night vision goggles to the British military, made possible by our track record of efficiency and our domestic manufacturing capabilities,” said Martin Fausset, CEO of Elbit Systems UK. “The contract builds on our continued success as a trusted supplier of proven and cutting-edge equipment to the men and women of the UK Armed Forces.”

According to Elbit, the rollout of the systems will take place over the next 18 months and follows a substantial investment into Instro’s facility in Kent, UK. With a state-of-the-art Electro-Optical equipment factory, clean rooms and cutting-edge test apparatus installed, the facility will have the capacity to support additional large MoD programs. Instro now has fully end-to-end domestic manufacturing capabilities which it believes will maximize the quality and timely delivery of equipment, as well as investing in local skills and supporting jobs in the area.

Products from the XACT family are already in operational use with a number of NATO members including the Netherlands and Germany.