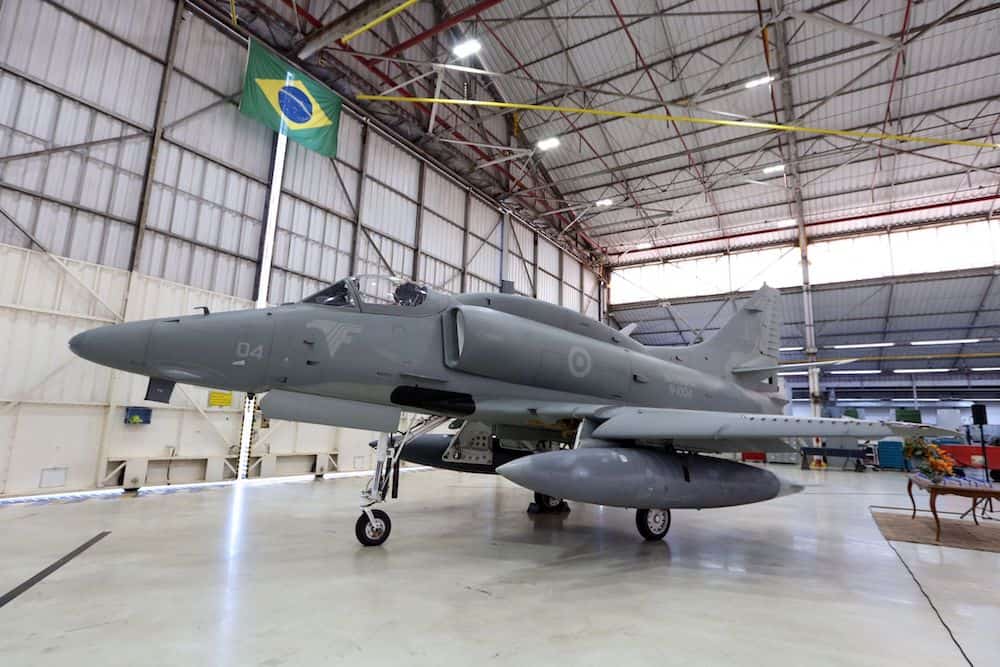 Embraer has delivered the last modernized AF-1 fighter jet (AF-1B) to the Brazilian Navy at a ceremony held at the company’s industrial unit in Gavião Peixoto, São Paulo state.

The AF-1 is an intercept and attack aircraft operated from airfields or aircraft carriers as a vector for the fleet’s air defense.

AF-1 is the Brazilian Navy designation for the McDonnell Douglas A-4 Skyhawk. Under the program, five single-seater aircraft were modernized to the AF-1B configuration, along with two two-seater Skyhawks to the AF-1C standard.

The modernized aircraft received new navigation, weapons, power generation, computers, tactical communication, and sensor systems, including a multi-mode radar and a new operating system. In addition to the modernization, the revitalization of the cell was carried out, increasing the aircraft’s useful life.

Embraer also developed a high-fidelity flight simulator to enable the Brazilian Navy to carry out pilot training, thus increasing safety in its operations. Briefing and debriefing stations used in the training and proficiency of pilots were also provided to improve their use, to reduce costs and to bring greater effectiveness to mission planning and execution.