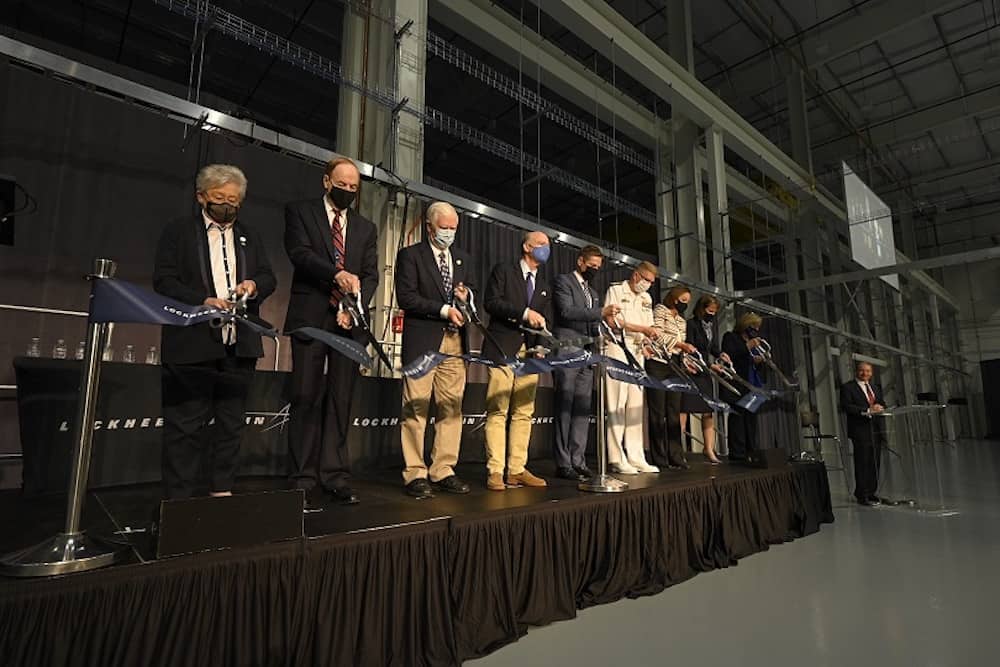 “Our long-time partnerships with Alabama, the Department of Defense, and academic researchers have paved the way to develop the most advanced hypersonic strike capabilities using the best-of-the-best digital technologies from across our enterprise.”

The 65,000-square-foot Hypersonic Missile Assembly Building 4 (MAB 4) is built on the digital foundation that Lockheed Martin has prioritized through mission-driven transformation efforts across the enterprise to meet customer needs with speed and agility while bolstering U.S. manufacturing capability.

The machines in this facility also will connect to the company’s Intelligent Factory Framework early next year, which digitally links production facilities and assets across the Lockheed Martin enterprise to help enable unprecedented insights into the health, status and optimization of operations. The Courtland site houses one of four transformational manufacturing facilities Lockheed Martin is opening in the United States within one year.

“The talented teams who work at these new advanced strike production facilities are delivering essential missile and hypersonic vehicle technologies in support of the U.S. National Defense Strategy.”

Lockheed Martin has had a presence in northern Alabama for over five decades. Within the last two years, Lockheed Martin has added a total of 117,000 square feet at the Courtland facility. The opening of MAB4 will bring an estimated 70 jobs to the area, adding to the approximately 2,600 employees already based in the state.