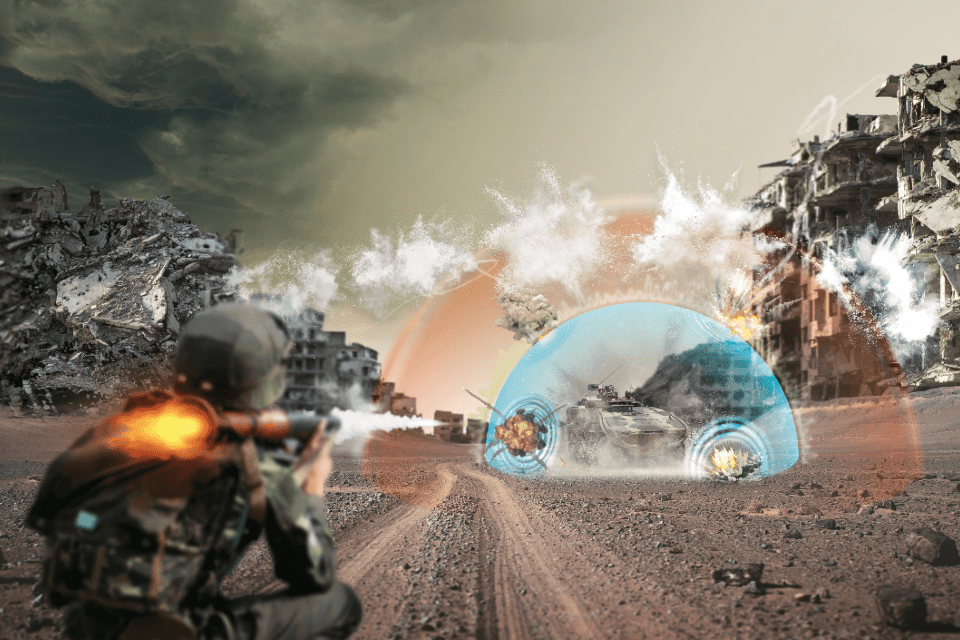 Delivered in collaboration through an industrial partnership led by Leonardo, the Icarus Technology Demonstrator Program has developed and proven the Modular Integrated Protection System (MIPS) architecture.

This is designed to enable the flexible teaming of a range of technologies to create a suite of Active Protection Systems (APS). APS combine both sensors to detect and counter-measures to disrupt threats and forms a protective electronic ‘bubble’ around military vehicles.

The MIPS architecture enables the development of best of breed APS capabilities with a view to harmonizing modular hardware and software components that can then provide protection across the close combat vehicle fleet and future robotic and autonomous systems platforms.

As a generic safety critical ‘sense to effect’ system, MIPS can also support a wider range of threat defeat capabilities such as countering Unmanned Aerial Systems (UAS), counter-surveillance and even ground-based air defense activities. By developing these implementations using common principles, support for future information interoperability and the digital battlespace is being designed in from the start.

The different technologies are being developed under Modular Open System Architecture (MOSA) principles to design and connect interoperable sub-systems that can be deployed across different land platforms.

While MIPS-enabled systems can exploit current generation, high maturity technologies to give near-term systems at low risk, MIPS will also enable the U.K. to develop more advanced capabilities in the future.

Advances to 2040 are expected to include:

Research and verification of the core architecture has been completed with the next step being to progress the implementation of MIPS-compliant systems to higher technology readiness levels. Depending on the speed of the development, MIPS could be brought into service from 2027.

“MIPS will help preserve the lives of U.K. forces by providing agility and flexibility in APS capability, allowing us, and our NATO partners, to tailor solutions to the evolving threat environment and react to changes in operationally-relevant timeframes,” said Defense Science and Technology Laboratory (Dstl) Program Manager, Richard Hooper.