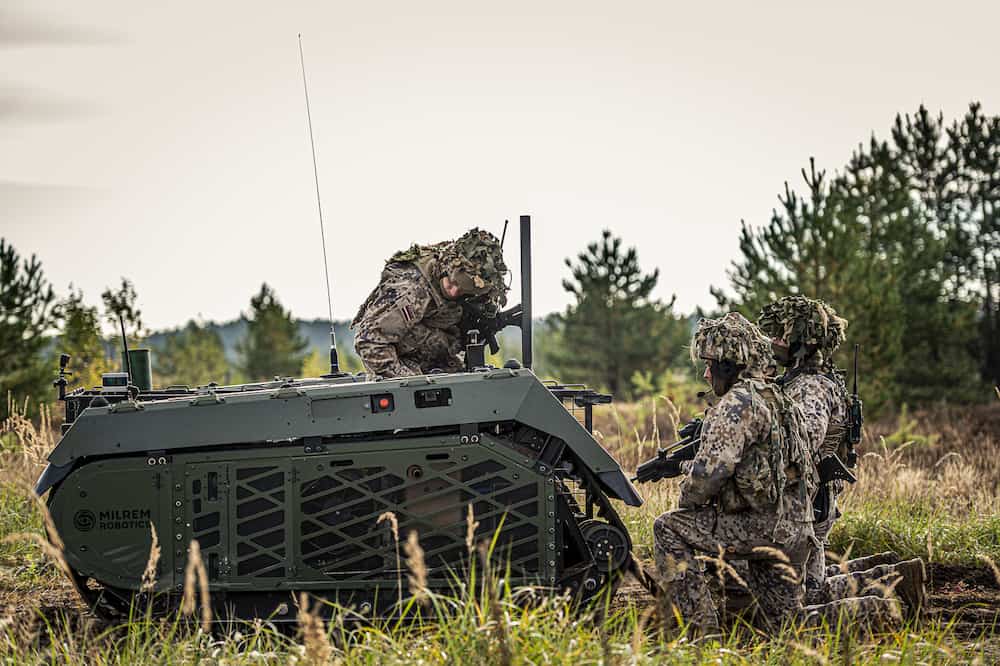 The demonstration performed in Latvia in September was led by LMT, a member of the iMUGS consortium, with the support of the project coordinator Milrem Robotics, and featured an ensemble of different technologies.

The second THeMIS, used as a mule for transporting the squad’s equipment, was equipped with Rantelon’s Improvised Explosive Device (IED) Jammer and Bittium’s Tough SDR Vehicular.

The units and UGVs used Bittium’s tactical communication network TAC WIN that was combined with LMT’s commercial 4G and a tactical 5G-SA bubble provided by Bittium and Cumucore.

In addition, Krauss-Maffei Wegmann’s (KMW) Dingo infantry mobility vehicle was used as the command center from where UGVs were operated in Line of Sight (LOS) and Beyond Visual the Line of Sight (BVLOS) mode using Bittium’s Software Defined Radios (SDR) and to where the ISR and SIGINT sensor feed was relayed and incorporated into LMT’s Battle Management System, Viedsargs.

“For the first time ever, in a special network, a tactical network was connected with a stand-alone 5G network. This allowed communication between units and robots, as well as collecting information from sensors and placing this information into the mission LMT’s Battle Management System, Viedsargs,” said Ingmars Pukis, Vice President and Member of the Management Board of LMT.

The next iMUGS demonstration will take place in Q1 of 2022 in Finland.