Initially introduced less than a decade ago, Marotta Controls has now delivered the 20,000th CoRe Flow Control valve designed for one- to three-quarter inch lines to handle fluids such as helium, methane, nitrogen, and oxygen marotta-controls News By DA Reporter / 06 Sep 2021 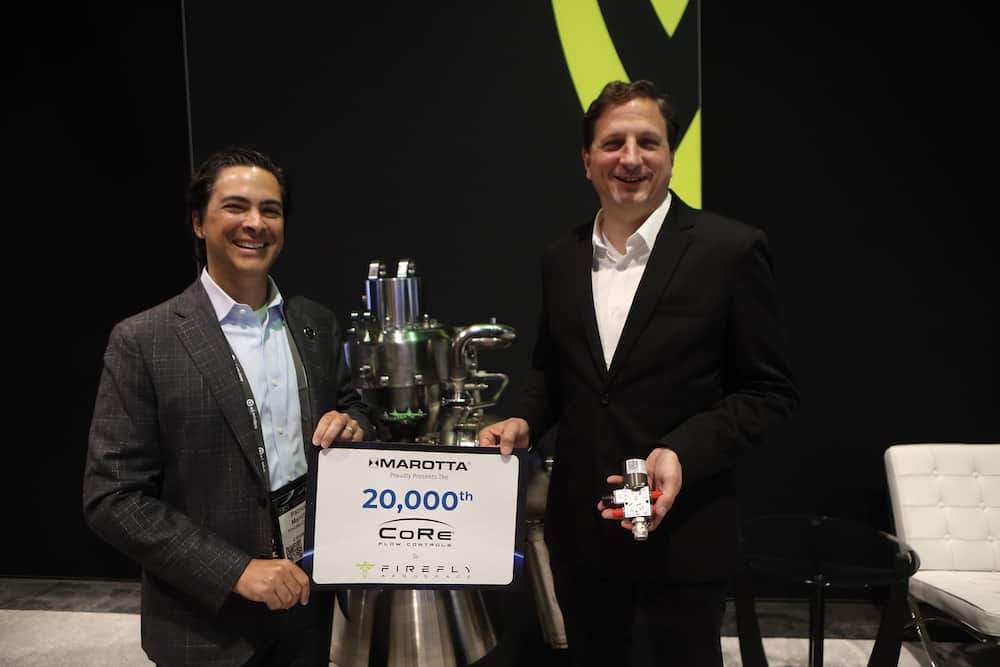 CoRe valves are designed for one- to three-quarter inch lines; handle fluids such as helium, methane, nitrogen, and oxygen; and are qualified to the Air Force Space Command’s (AFSC) SMC-S-016 standard for 10-flights. The newest models—the direct-acting MV100X and the pilot-operated MV524X—are designed for cryogenic temperatures.

Initially introduced less than a decade ago, the CoRe valves were deployed by a single spaceflight company launching just two rockets a year. Today, CoRe valves are used in more than 10 vehicle platforms for various customers that collectively launch over 60 rockets a year both domestically and internationally. CoRe valves can also be found in ground control and deep space applications, demonstrating their versatility.

“When we began designing and manufacturing CoRe valves, we had a small team of three to four assembly and test technicians responsible for production. We have since expanded that team fivefold as well as the portfolio, which today includes 13 models,” said Max Wolfinger, Vice President of Space Systems, Marotta Controls.

“Our CoRe engineers occupy a 2,750-square-foot state-of-the-art production facility, and we continue to ramp production volume. We’re outpacing the competition at an incredible rate to meet the market demand.”

Marotta’s CoRe Flow Controls series serves as one of the only valve catalogs available for spaceflight. Products earning the CoRe brand (formally established in 2018) are steadily produced in such volumes that all customers benefit from economies of scale as well as lead times as short as six weeks.

“Our vision for spaceflight anchors on economical, convenient access. We, in turn, seek out commercial off-the-shelf components where possible to accelerate our launch vehicle production. We will not, however, compromise on performance and reliability,” commented Thomas E. Markusic, Founder and CEO of Firefly and recipient of the commemorative valve.

“From our perspective, no one else is producing a suite of high performance valves offering Marotta’s capability mix at Marotta’s scale. Further, their team has been integral to our pneumatic system development efforts, an outcome that adds considerable value to our investment.”

Firefly engaged Marotta to support its Alpha launcher program, with the Alpha rocket combining the highest payload performance with the lowest cost per kilogram to orbit in its vehicle class. Capable of delivering 1 metric ton to Low Earth Orbit (LEO) and 630 kg to the highly desirable 500 km Sun–Synchronous Orbit (SSO), Alpha will provide launch options for both full vehicle and ride share customers.